Here at the Beezwax, we have been performing research on FileMaker 18 import changes, specifically new support for ESV: Emoji Separated Values.

At Beezwax, we develop the bBox FileMaker plug-in (Get it: “Bee Box”?), nicknamed our blog the Beezwax Buzz, refer to our headquarters as the Bee Hive, and our employees (who are always incredibly bee-sy) call themselves Beez. Do you see a pattern here? Then it should come as no surprise our preferred separator is not a mundane comma nor a boring old tab, but rather a bee: 🐝. 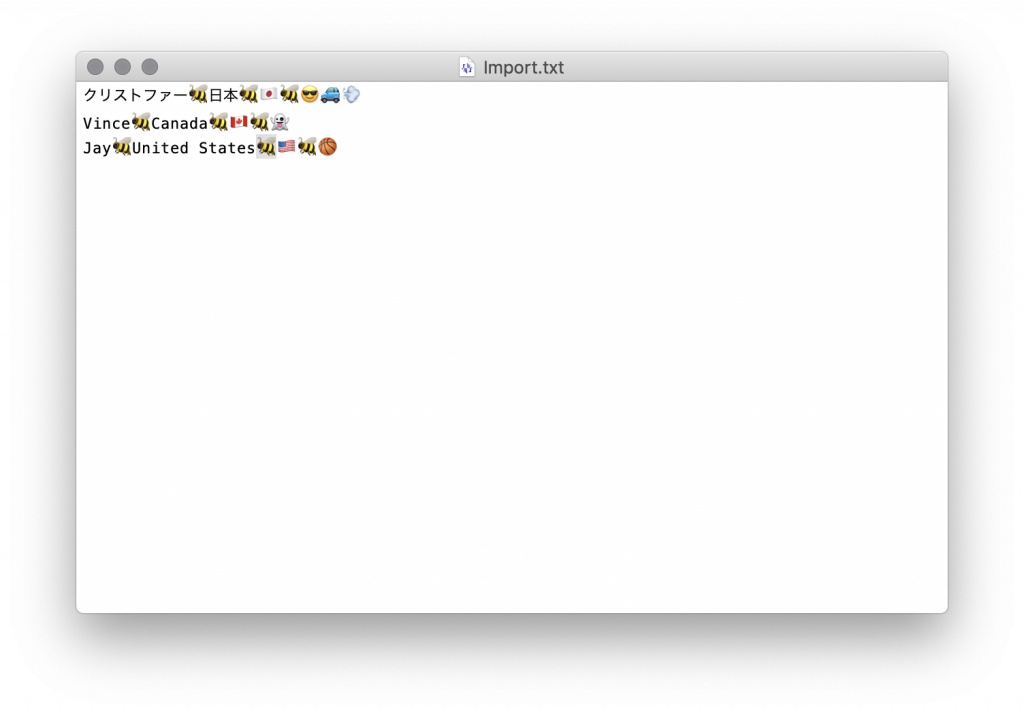 Immediately upon the release of FileMaker 18, we switched all our solutions to ESV-with-a-bee. 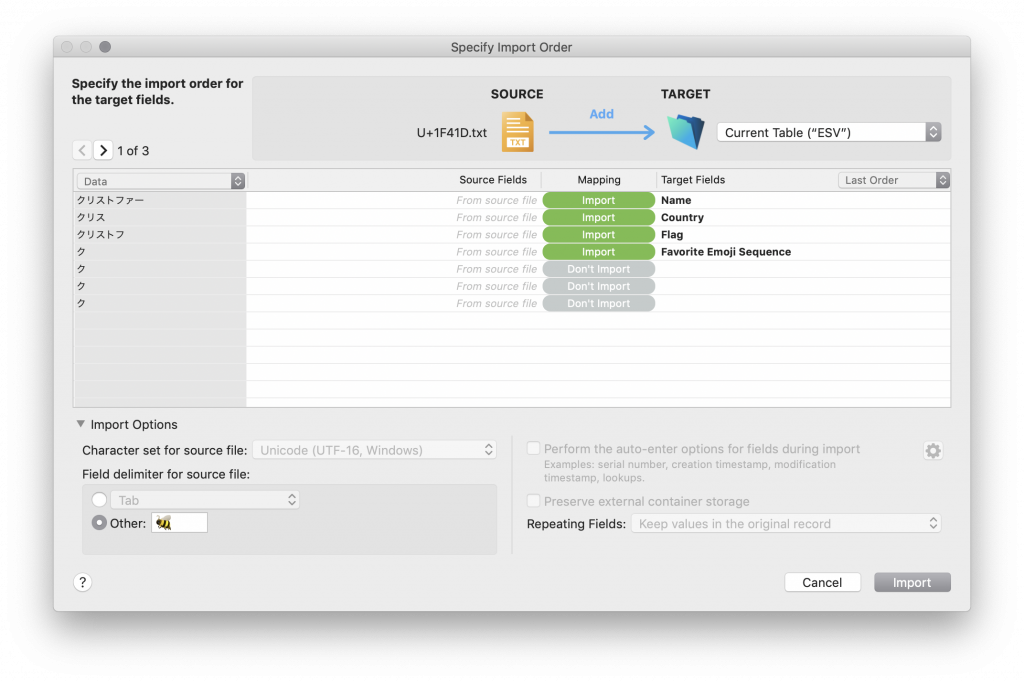 However, we were bee-reaved to discover all our imports broke.

After our crack team of debuggers (note: bees aren’t true “bugs”, although bee-tles are) bumbled about, we made a discovery: while FileMaker supports Unicode Basic Planes (also known as UTF-16), it does not support Supplementary Planes. The most commonly used double-byte characters, including Chinese, Japanese, and Korean (CJK) characters are in the first two basic planes. Most emoji, however, are in the supplementary planes.

What this means, in effect, is we can use emoji separated values, but must limit ourselves to emoji at code points up to and including U+FFFF. Emoji at code points at and above U+10000 are (currently) off limits. Consulting a handy reference chart, we switched our separator from the bumblebee (U+1F41D) to the must less interesting bee-ch umbrella (U+26F1). 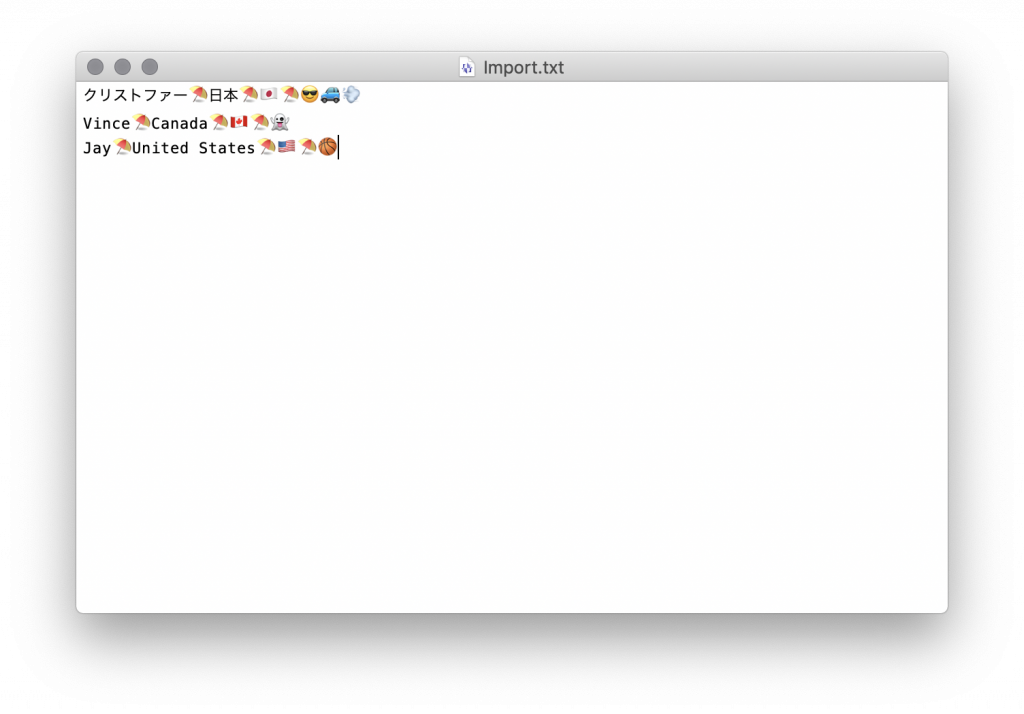 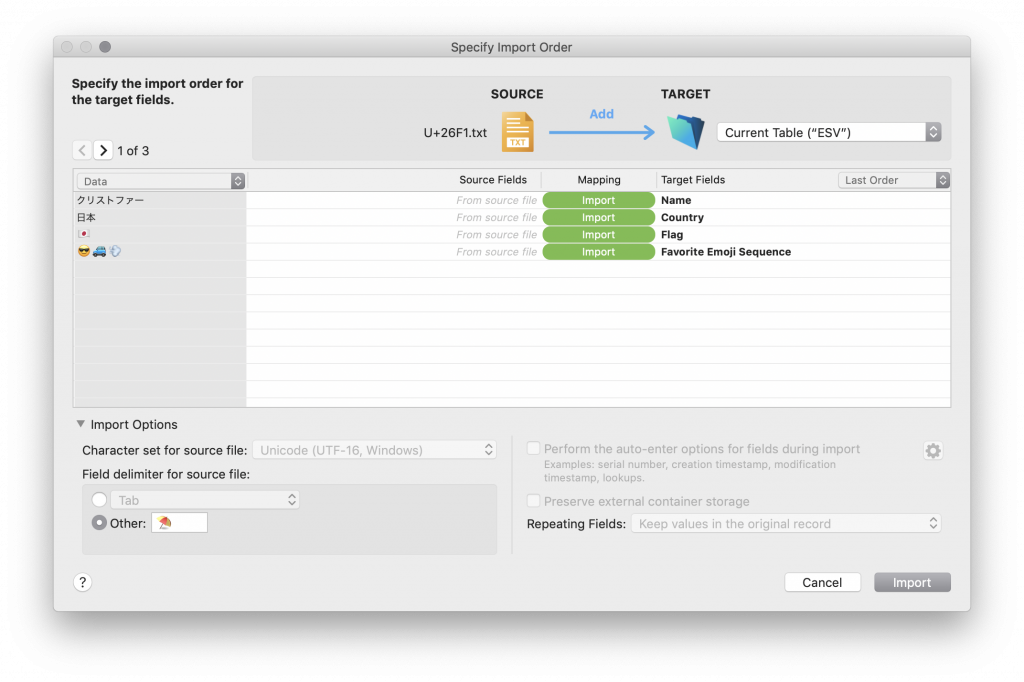 As you can see, now ASCII, CJK characters, and even higher plane emoji all import as expected. And we’re well protected from the sun!

So when using the new ESV feature, our advice is to bee flexible and (for now) choose an emoji separator with a lower Unicode code point.

Or just use a boring comma, import using CSV…and go out for a bee-r. 🍺