I recently moved to OS X Yosemite, and once again repeated the annual cycle of wondering whether or not my existing solutions will be compatible with the new version. I’ve loved using AppleScript to trigger OS X Notifications from FileMaker since they were introduced in OS X Mavericks, but they stopped working as soon as I installed Yosemite.

I still check system version so I can show a FileMaker Custom Dialog for users who don’t yet have that feature. But Yosemite’s version number broke my check! 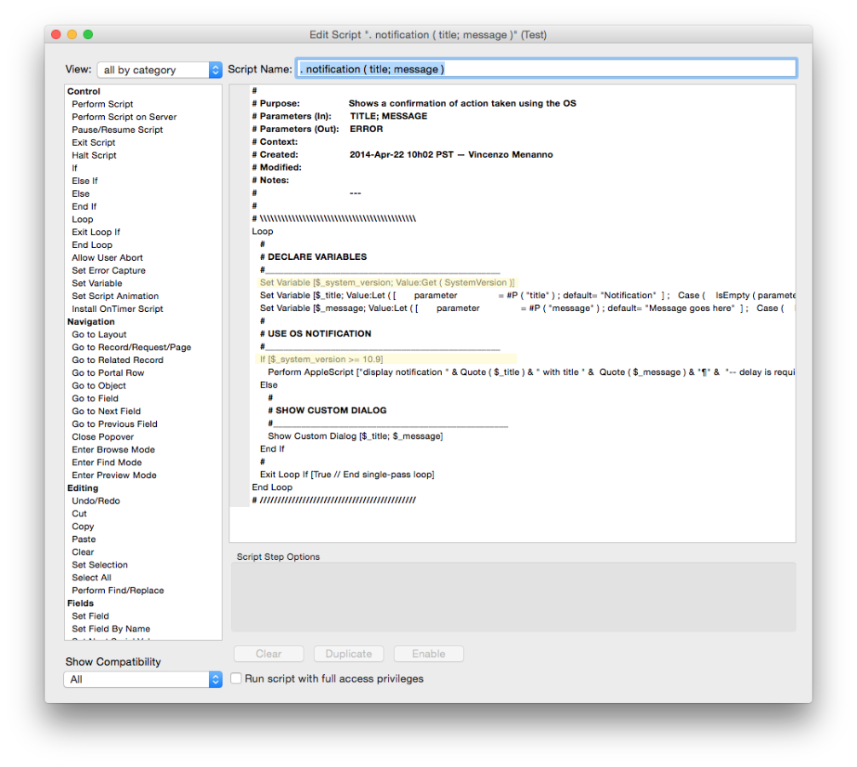 PURPOSE: Return System Version as a numeric string, even if there are two decimals in it.

This function forces the secondary and tertiary components of the version number to use 2 digits each so that “10.1001” is greater than “10.0905”. Here is what the corrected script looks like, and now notifications come through again! 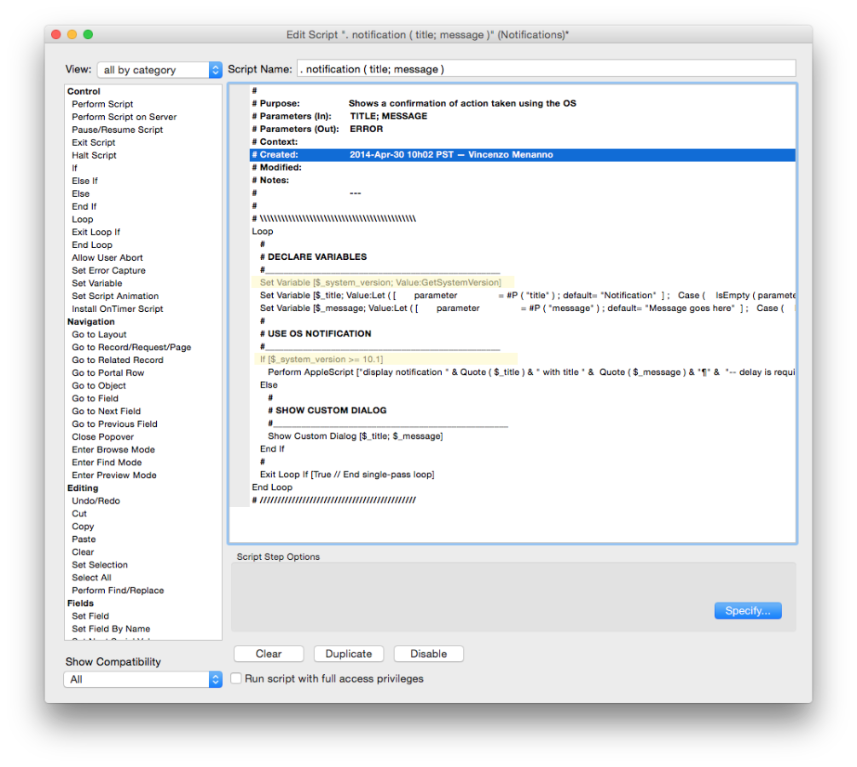